History was made this week as Ireland picked up its first gold medal in rowing and its first medal for a Women’s Crew at the 2020 Tokyo Olympics.

Success in Tokyo for Rowing Ireland

This Olympics saw Ireland’s largest rowing team ever, with six crews, thirteen athletes, four reserves and seven coaching and support staff in Tokyo. Out of the six crews, four finished in the top ten, with two finishing just outside, in 11th and 12th. This year’s Games was many of the athletes first Olympics – a lot of the team are in their early twenties. Tokyo 2020 will no doubt be an experience that will aid in their development as Paris 2024 draws closer.

The Lightweight Men’s Double of Fintan McCarthy and Paul O’Donovan became Olympic Champions by winning the LM2x Final with a time of 6:06.43. In a thrilling contest, the lightweight double were sitting in second place for much of the race, with Germany going out fast and dominating the field. A push from the Irish double with 700m to go left no doubt about their class, when they edged their boat to the front and took the win by 0.86 seconds on the line.

The medal marks the 7th gold ever taken by Ireland at an Olympic Games, and Paul now has the title of double Olympic Medalist, after his Silver in Rio in 2016. Additionally, the duo broke a world record in the LM2x semi-final, finishing the race with a final time of 6:05.33, overtaking a seven-year standing time.

Aifric Keogh, Eimear Lambe, Fiona Murtagh and Emily Hegarty won bronze in the Women’s Four on Wednesday morning after finishing second place in Saturday’s heats. This placed them right alongside pre-race favourites Australia and the Netherlands in the A Final, and although Poland took an early lead, it was the Dutch and the Aussies who shared the lead throughout the middle of the 2000m race.

Inside the last 500m, Great Britain and China were sharing third, until Hegarty upped the rate to 43, and the crew responded, timing their attack to perfection. While Australia struck the killer blow to take gold ahead of the Netherlands, Ireland came storming back from fifth place to blow away China and Great Britain and claim the bronze.

Speaking to Team Ireland, Tara Hanlon, reserve for the Women’s Four, said: “It’s unbelievable to see the girls out there, seeing them in training each day, then going out on the water and showing what they’re made of.”

Sanita Pušpure competed in her third Olympics and became Ireland’s first female rower to represent Ireland in three Olympic Games. Sanita won her Heat and Quater-Final Race, qualifying for the A/B Semi-Final. Sanita finished fifth in the Semi-Final but unfortunately, had pull out of competing due to medical reasons, missing the B Final.

In the Lightweight Women’s Double Sculls, the Irish crew of Aoife Casey and Margaret Cremen performed outstandingly to finish second in their B Final with a time of 6:49.90, resulting in an eighth overall final standing. Aoife and Margaret qualified for the Tokyo Olympics in May, and throughout the Olympic Regatta have produced top-class performances, which bodes well for the Paris Olympic cycle.

The Women’s Pair of Monika Dukarska and Aileen Crowley finished fifth in their B Final with 7:02.22, in what was an extremely competitive field, resulting in an 11th place finish overall. The pair faced difficult competition but held their nerve. In the Men’s Double Sculls, Ronan Byrne and Phil Doyle placed 10th. Tough competition from New Zealand and Russian Olympic Committee rowers saw some fantastic races for the Irish Men’s Doubles.

Rowing Ireland’s High-Performance Director, Antonio Maurogiovanni said, “I want to give a huge congratulations to all of the athletes, coaches and staff who’ve participated in the 2020 Tokyo Olympics. To make it to the pinnacle of sporting events is a massive achievement, of which we all should be immensely proud.

“Not only have we made our team proud, but our country, our clubs, and our family and friends too. This has been the largest Irish rowing team to ever compete in the Olympic Games and is a testament to the efforts and dedication of each crew. To finish with a Gold and a Bronze Medal is a huge achievement, one which us, your clubs, your communities, and our friends and family can all be immensely proud of.

“Thank you to Paul, Fintan, Sanita, Aifric, Eimear, Fiona, Emily, Margaret, Aoife, Philip, Ronan, Monika, Aileen, Daire, Gary, Tara and Lydia for their hard work throughout this Olympic cycle, and we have seen the success of their efforts. We will review the whole competition, and I am sure we will find areas for improvement with the challenge for all of us to do better.

“The people behind Rowing Ireland, the high-performance staff, the coaches, the administration, and everyone have played an unbelievable part in preparing these athletes for the Olympic Games. I can proudly say they were giving every support they could to ensure these athletes excel. I could not be more proud of what we have achieved.
Irish Rowing is ranked above countries like the USA, Germany, Russia, Great Britain, Poland and just behind China, Italy, France.

“These results would not be possible without the support of Sport Ireland, Sports Institute and the enormous hard work of the coaching and support team. Thank you to Dominic, Giuseppe, Fran, Ciro, Sinead, Feargal and all our families for their efforts and dedication to helping us achieve these historic results.”

“We look forward to the future of rowing in Ireland”

Rowing Ireland’s Chief Executive Officer, Michelle Carpenter said, “I want to congratulate all the athletes and team on their participation in the 2020 Tokyo Olympics this summer. To represent your country and perform so admirably on the biggest sporting stage in the world is an achievement you should take immense pride in. Not only have you made your team proud, but your country, your clubs, and your family and friends too.

“I want to congratulate our High-Performance Director, Antonio Maurogiovanni and the coaches, Dominic, Guiseppe, Fran, and Ciro. We have an elite coaching staff, and the success in Tokyo is a result of the team behind the athletes.

“Tokyo 2020 represented a historic Olympics for Rowing Ireland, thanks to the largest squad of Irish rowers in history and a record six crews qualifying for the games. To return with a gold and bronze medal is a testament to both the athletes and the people behind Rowing Ireland, the high-performance team, the coaches, the administration, the clubs, Sport Ireland, Sport NI and the Olympic Federation, and our wonderful partners that have supported us, everyone who has played their part in preparing the team for the Olympic Games. These athletes have proven repeatedly that Irish rowers are up there with the best in the world, with their performance at Tokyo no different.

“Finally, the team’s incredible support is a huge factor in their continued success. I am immensely proud, and we look forward to the future of rowing in Ireland.” 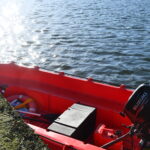 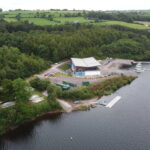