The Rowing Ireland office will be closed from Friday 23rd December 2022 until Tuesday 3rd January 2023. We wish all our clubs, members and supporters a very Happy Christmas and looking forward to working and supporting you all in 2023, 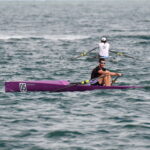 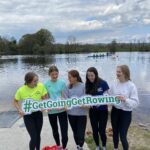 Want to be a Get Going Get Rowing Coach?

Given the success in Tokyo and this being year two of the Olympic cycle towards Paris 2024, Rowing Ireland’s High Performance have decided to drive an initiative to further develop, discover and provide an opportunity for all Under 23 athletes; University and Club, to Participate in the Pathway Project.

This project is focused on selecting a crew/s for both men and women to compete at the U23 European Worlds, held on the 3rd and 4th of September (after the Irish Championships) in Hazewinkel, Belgium.

This is likely to be a once off initiative to help identify talent and introduce athletes to the HP system.

*Note: This project includes rowers as well as coxswains.

Through this program Rowing Ireland seeks to:

Athletes from any Irish (North/South) University or Irish based clubs (rower/ coxswains) born on or after January 1st, 2000 are eligible to nominate.

Nominations will be considered on various physiological standards and/or the Selection teams discretion. Athletes looking to nominate should be aware that the benchmark 2km ergometer time is 6min 15 secs or faster for men, and 7min and 20 seconds for women .

*Note: initial invitation to the centre does not guarantee selection. This will be dependent on a selection process that will take place from the 23rd of July to the 31st of July.

Rowing Ireland will work to cover a component of the expenses regarding the competition and Rowing Ireland gear, but in line with previous competitions, athletes will be required to pay a levy fee of around €650 (flights/accommodation).

In line with existing athletes training as part of the High-Performance team individuals will be required to cover their own accommodation and living costs when staying in Cork. Athletes can leverage Rowing Ireland accommodation agreement with a local university allowing for affordable student housing. 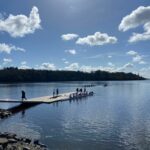 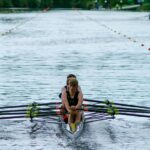 Please find attached invitations to the upcoming May trials held at the NRC from the 27th-29th of May. Please note that invitations are based on a number of factors, water trials, and physiological results from the various erg tests, including the most recent (2k) erg test.

Racing for all non NRC based u23s will begin on Friday, the 27th.

Racing for all juniors will begin on Saturday the 28th with the NRC, open on Friday from 5-7 pm for boat drop and training. Training times will be confirmed on Thursday.

All athletes and coaches should plan for early starts each morning

All Juniors and u23s are required to bring a single

Lightweights, please study the required bodyweight for this event published on the RI website in the high-performance section.

All coaches are asked to confirm their athlete’s attendance by Tuesday, 24th of May, to michael.orourke@rowingireland.ie

Racing time will be confirmed later in the week 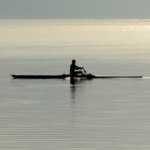 Focus on Series - Staying on Track with Tracker

Please find below a provisional invitation to the upcoming May trials held at the NRC from 23rd-29th May. Please note invitations are based on several factors, including water trials and physiological results from the various erg tests submitted throughout the year. This list will be confirmed following the submission of next week’s 2k erg tests.

A small number of additions can be included at the discretion of the HPD based on the May 2k erg test.

Clubs must support their athletes by providing double sculls (or 4- for sweep) for day 2. (Athletes who do not have crew boats for this trial will not be able to be included in crew boat testing).

Lightweights, please study the required bodyweight for this event published on the RI website in the high-performance section. 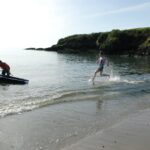 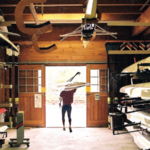 Focus on Series - Driving Ahead with Self-Sufficient Clubs

This Thursday 5th of May, the weather gods were on our side as Get Going Get Rowing returned to its ‘Blitz it – Splash and Dash’ event at the Grand Canal Dock. Over 200 students turned out to race from schools across Dublin. Racing was fast and furious and the final race ended in an exciting photo finish between Holy Faith one and two and Presentation Terenure. Photos of the event will be available shortly on our social media channels.

Tomorrow, Friday the 6th of May will see the return of Get Going Get Rowing boats to the Grand Canal with a collaborative Corporate event with Olympian Niall O’Toole of Crew Class. Companies from Dublin will learn to row and then compete in a fun on the water regatta.

On Saturday, crews from all over the country will come to Grand Canal for a recreational row through Dublin City to Islandbridge where they will have a social BBQ to round off the weekend.

Feel free to come along and support our event in person, or follow us on social media to catch the action across this 3 day event. 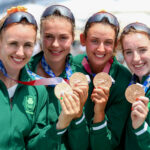 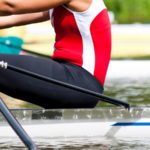