Last weekend saw the highlight of the Irish rowing domestic calendar, the Irish Championships. Over 1000 athletes raced over the weekend, with a lucky few taking home the highly sought after pots.

A massive thank you is needed for the Championship Committee and all of the volunteers who put hours and hours of work into the organisation and running of the event. Without their hard work and dedication we would not have had the highly successful event that we had last weekend.

Clubs that had a notable presence at the weekend included NUIG and UCD. NUIG left on Sunday with a staggering nine championships under their belt, winning Women’s Novice 8+, Novice 4x+, Club 4+, Club 8+, Inter 2-, Men’s Inter 2-, Inter 1x and topped off the weekend with a win in the Women’s Senior 8+.

UCD stormed the Men’s 8+’s events, winning all four categories: Novice 8+, Club 8+, Inter 8+ and Senior 8+. They didn’t stop there, as they also picked up the pots for Novice 4x+, Club 4+ and the Women’s Inter 8+. An outstanding performance for the university.

The regatta merchandise was a hit, with all Championship t-shirts selling out early on Friday. T-shirts from the 1k Classic and the Championships are currently available to purchase on the Greenblades website HERE

A link to the results is linked below, and if you’re looking to relive the weekend, the livestream links are also linked below. Keep an eye on the Rowing Ireland Facebook page for photos that were taken over the weekend.

Again, a huge thank you to all involved in the event including all athletes, coaches, parents, supporters, vendors, volunteers and staff. We’re looking forward to next year already! 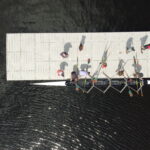 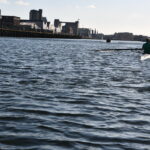