Congratulations to all recipients of the 2022 Rowing Ireland Awards. The winners are outlined below:

Senior Rower of the Year – David Sommers, UCD BC

A special thank you to Kenny McDonald of Shannon Rowing Club for handmaking the awards this year! 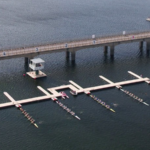 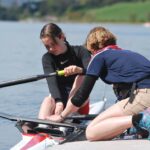 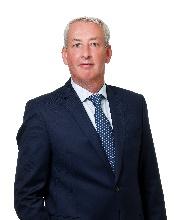 Neville has over 20 years in various roles in the Insurance industry and now National Pension Master Trust with Bank of Ireland. He has competed as a rower for St Joseph’s RC, UCG, and Neptune Rowing Club, Competing at two Olympic Games in 1996 and 2000, A volunteer board member of Rowing Ireland since 2016. Volunteer director of Rowing Ireland since 2016 Chair of the HP committee 2016-2021. He has commentated on RTE for world rowing events until 2016.Neville has been a coach, rower, and volunteer at Neptune Rowing Club.

She worked as Diary Secretary to 2 Government Ministers and Private Secretary to two Government Ministers. Nessa manages the budget of over €13m for the National Monuments Service. She served on the third Moore Street Advisory Group to the Minister for Heritage which produced its report in May 2021. She was on the drafting committee of the second Moore Street Advisory Group to the Minister. She also has significant experience in bringing legislation through the Houses of the Oireachtas. Nessa has been acting secretary to the board since July 2022.

Emily has been involved in rowing for over 20 years as a rower and coach. She participated in the Sport Ireland HP pathway for coaches. She is a committee member of Skibbereen Rowing Club. She is presently a primary school teacher and worked in the pharmaceutical industry for over 10 years.

Paul is a member of Fermoy Rowing Club for 50 years. With 40 years professional financial services. he is a certified Insurance Director from Trinity College Dublin. and CEO of insurance company for 20 years.

Leo has been involved in rowing since he went to college in UCD. He was RI Treasurer from 2019 to 2021. He has been a Senior Management Consultant with one of the Big Four Irish Accounting Firms and was also responsible for the most advanced CAD/CAM system in Europe with Hyster Automated Handling. He started the first Irish Lightweight Rowing Squad and was responsible for other initiatives in rowing such as designing the Master’s Handicap System which resulted in a significant increase in Masters Rowing.

Carol Ann has been involved in rowing for over 30 years, first rowing in UCDLBC and then Old Collegians Rowing Club. She was appointed Board Director in March 2017. Appointed Chairperson of the Audit & Risk Committee in 2018. Member of the Governance Committee and the Remuneration Committee since 2021. Her professional background is as insolvency advisor in practice, banking, and public sector. She is presently a company Director, Leadership & Team Coach and Consultant, Arbitrator.

Pat has been involved in many levels of Clonmel Rowing Club for many years as an athlete and a coach. He has many years experience working in the Industrial Automation and Control Industry. Working for a number of companies within Russia, China, the Middle East, South Africa, Holland and Ireland on a variety of complex Pharmaceutical, Oil & Gas, Power and Industry and Cleanroom projects.

David has been an independent Director on the board of Rowing Ireland from 2019-2021. He is also a business Director. David competes regularly at Offshore rowing events at home and abroad.

Barry has been involved in rowing for over 25 years. Holding captain, events secretary at Queens and LVBC. He was one of the key people involved in setting up the coaching structure in Queens University Belfast. Barry also manages a programme of projects for a portfolio of client companies across Northern Ireland. Working to improve productivity and build culture to enable international impact. Researching and relating the latest approaches to established companies and organisations. 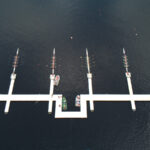 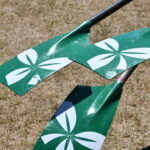