It has been a busy weekend with the Irish Offshore Championships taking place in Wicklow, and the World Rowing Masters Regatta held in Libourne, France.

The Swift Racing Irish Offshore Rowing Championships were held in Wicklow Harbour on the 10th and 11th of September which was hosted by Arklow and Wicklow Rowing Club. Blessed with the weather on Saturday with sea conditions being average, Sunday gave plenty of wave action as the weather changed. The wild weather threw up the sought after challenging sea conditions, to the thrill seeking crews around the course.

The Rowing Ireland Offshore Committee would like to thank Swift Racing IRL/UK, the Organising Committee, Arklow and Wicklow Rowing Club, and every volunteer that contributed to the event in any way.

19 rowing clubs from Ireland raced last week in the World Rowing Masters Regatta held in Libourne, France. It was a busy week with four days full of 1000m straight final racing, and 20 crews from Ireland came back with gold medals.

A full list of results can be found HERE

Wins from Clubs in Ireland 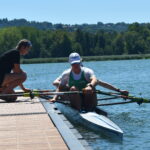 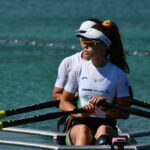