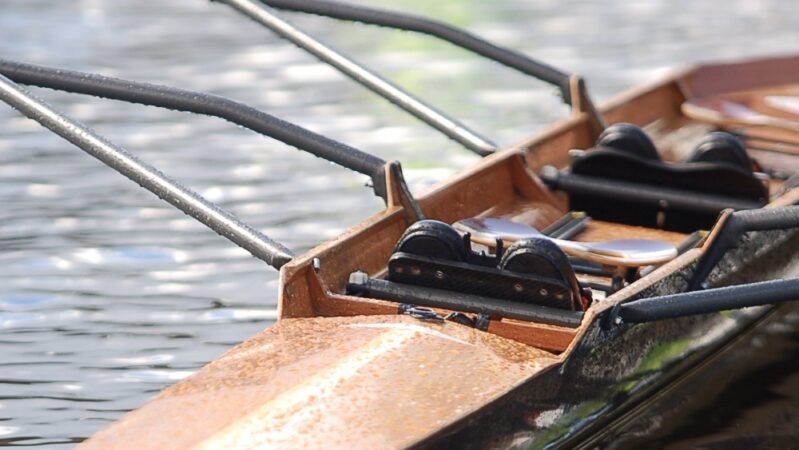 Rowing Ireland is the national governing body for the sport of rowing across the island of Ireland, north and south. The organisation was founded in Dublin as the Irish Amateur Rowing Union on February 3rd, 1899.

We currently have almost 4,000 registered racing members in more than 70 clubs and universities around the country, with the overall rowing community estimated to be at two or three times this number.

Our funding derives primarily from Sport Ireland and Sport Northern Ireland grants, with core funding related to numbers participating and high-performance funding based on the potential for Olympic and World Championship placement.

Most of the work of Rowing Ireland is done by volunteers in the clubs and on Rowing Ireland committees and working groups. We have a small team based in the National Rowing Centre in Farran Wood, Co. Cork. We also have a small team based at the Sport Ireland Campus in Dublin, together with Sport Ireland and many other National Governing Bodies (NGBs).

Rowing Ireland’s role is to lead and encourage interest and participation in competitive and recreational rowing. We have three disciplines of rowing in Ireland; river, coastal and offshore; which are suitable for people of all ages and abilities. We promote excellence in competitive high-performance river rowing to elite international, World Championship and Olympic medal-winning level.

Ireland has enjoyed considerable success at the World Rowing Championships and more recently at Olympic level.

Carlow and Neptune man Sean Drea was the first Irish rower to win a World Championship medal, securing silver in the men’s single sculls in 1975.

Our first World Championship gold medal was won by Niall O’Toole of Commercial Rowing Club in 1991, while Neptune rowers Neville Maxwell and Tony O’Connor won bronze in the men’s lightweight pairs in 1994, silver in 1996 and 1997, and bronze in 1999. Success continued at the 1999 World Championships as Neal Byrne, James Lindsay-Finn, Noel Monahan and Gearoid Towey won bronze in St. Catherines, Ontario.

Sam Lynch went on to retain his World Championship title in 2002. Sam and Sinead Jennings married a few years later, with both rowers studying to become qualified doctors. Sinead returned to rowing in 2008 to win silver in the lightweight single sculls, and again in 2015 to qualify for the Rio Olympics, just months after the birth of her third child.

In 2016 Irish rowing was thrust into the global spotlight when brothers Paul and Gary O’Donovan, of Skibbereen Rowing Club, won silver at the Rio Olympics in the lightweight men’s double sculls. Shortly after, Claire Lambe and Sinead Jennings placed sixth in the lightweight women’s double sculls, becoming the first Irish women’s rowing crew to qualify for an Olympic A final.

At the 2018 World Rowing Championships in Plovdiv, Bulgaria, Sanita Puspure won gold in the women’s single scull, with Paul and Gary O’Donovan winning gold in the lightweight men’s double sculls.

The 2019 World Rowing Championships was the most successful World Championships in Ireland’s history. Sanita Puspure continued her success by defending her World Championship in the women’s single scull, winning gold in a dominating performance. Sanita qualified the women’s single scull on the way to her gold medal. Paul O’Donovan and Fintan McCarthy won gold in the lightweight men’s double scull, after already qualifying the boat in the A/B Semi-Final; this was Paul’s fourth consecutive World Championships, cementing him as one of the greatest Irish sportspeople of all time. Philip Doyle and Ronan Byrne won silver in the men’s double and qualified for the 2020 Olympics. Katie O’Brien won bronze in the PR2 women’s Single. The women’s Pair of Aileen Crowley and Monika Dukarska qualified Ireland’s fourth boat for the 2020 Olympics.

After no racing during the 2020 season, Irish crews returned to the water at the Junior, U23 and Senior 2020 European Championships. The Junior Men’s four scooped a medal in Belgrade, our U23’s won five medals in Duisburg U23 (two gold, one silver, and two bronze), and a further five by the Senior team in Poznan; including a gold medal from Sanita Puspure in the women’s single, and three bronze in the men’s lightweight single, men’s double, and women’s four.

These outstanding podium successes, combined with our athletes’ engaging interviews, captivating personalities, hard work and sheer dedication have boosted Rowing Ireland’s national and international profile. Rowing is experiencing substantial growth across Ireland, through clubs, universities and schools. Irish rowing is expected to retain huge national and international public interest as our athletes row towards selection for the Tokyo 2020/21 Olympics.

With a return to rowing underway in 2021 after a difficult 12 months, Ireland saw success as six crews qualified for the Olympic Games in Tokyo, two of those taking home medals – Bronze and gold. Throughout the year, Ireland continued to prove itself as one of the world’s strongest rowing teams, taking home five medals at the World Rowing Cup II in Lucerne, while the U23 team achieved two silver medals at the World Rowing U23 Championships in Racice.