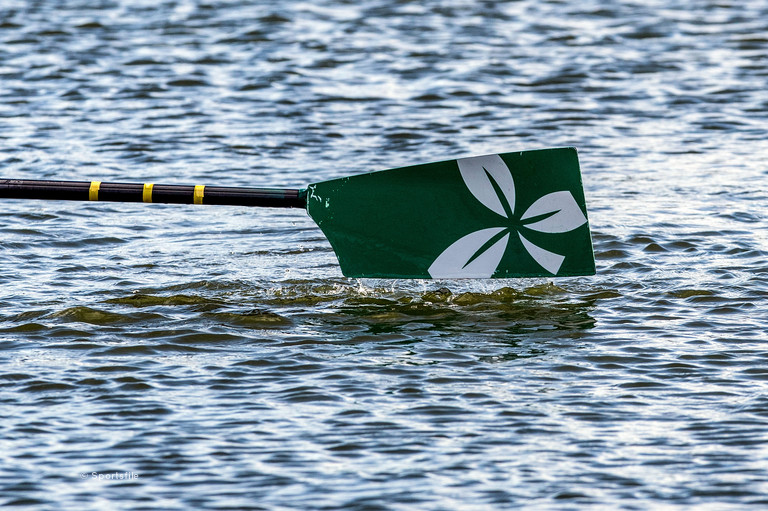 Rowing Ireland is primarily based at the National Rowing Centre in Cork but also maintains an office at Sport’s HQ, Abbottstown, Dublin.

Michelle was appointed Chief Executive of Rowing Ireland in 2018. She previously reignited and managed the Get Going...Get Rowing programme. Michelle has a wealth of experience she worked for the Court of Human Rights in Strasbourg and on the launch of the Euro 2002 information campaign with the European Central Bank. Michelle won her first Irish Championships in 1988, with Shannon Rowing Club, and was a member of the Irish Rowing squad at junior and U23 level. Rowing with Commercial at senior level.

Alec graduated from UCC in 2012 with a master’s degree in Corporate Finance and Accounting. Following this he did his training and professional exams with FCOS Ltd in Cork for 4 and a half years.

Pat joined Rowing Ireland as Club Support Officer in 2020. Pat has been a member of the Irish Championship committee for the last number of years. Pat is the current Chairperson of the Rowing Ireland Safety Advisory Committee and is a member of Rowing Ireland’s COVID–19 Working Group. Pat coaches with Castleconnell Boat Club, where he has been President for the last two years. Pat was also an assistant coach with the Ladies Homes sculling crews for the Homes Internationals when they were held at the National Rowing Centre in Cork. Pat is an ex-international basketball referee and worked with the Limerick Fire Service for 23 years, reaching the rank of Station Officer.

Derek has over 30 years of rowing experience and was a member of St. Michaels Rowing Club, Limerick for all of his competitive career. Derek won four Irish Championships at Junior and Senior level with St Michaels and has represented Ireland proudly at Junior, U23 and Senior levels bringing home seven medals. Derek has been coaching with Castleconnell since 2014. He brings 18 years of Supervisory Management experience, from his previous role as a Manufacturing Supervisor, to the role together with strong project management skills.

Ceara joined Rowing Ireland in 2020 as Events co-ordinator. Ceara has had a vast career as a PE teacher prior to joining Rowing Ireland where she taught in the middle East and Prague.

Gerry started rowing as a junior in Neptune in 1975 and has been involved in the sport on and off ever since. He held the position of captain in both Neptune and Shannon. Gerry served on the Board of Rowing Ireland for 10 years and was Treasurer for four of those. He has a keen interest in club support and coach development.

Clara has been involved in rowing for the past 11 years, rowing with Castleconnell Boat Club as a junior and University of Limerick Rowing Club through college. She has won a number of Irish Championships and competed internationally at Homes and U23 Europeans. Clara began working with Rowing Ireland in 2021 as the Limerick and Clare Coordinator for Get Going Get Rowing, gaining invaluable experience in event planning and management. This year Clara completed her undergrad in Maths and Statistics in UL.

Valerie previously worked with the Screen Composers Guild of Ireland and was an Executive Assistant in the Technology and Pharmaceutical industries for well over a decade. She also has a variety of event management and entertainment experience.

I'm a bit of an night owl

Lucy recently graduated from Sports and Exercise Management in UCD in September 2021. Throughout her degree she gained valuable knowledge in the areas of digital marketing, strategic planning and event management and is looking forward to exercising this knowledge while working in Rowing Ireland. Lucy was a member of Commercial Rowing Club to help gain her Bronze Medal for Gaisce. Lucy has also completed courses in Autism Awareness in Sport and Disability Inclusion in Sport.

Antonio has been Rowing Ireland’s High-Performance Director since 2017 and, under his guidance, Ireland currently has four boats qualified for the 2020 Olympics. Antonio is a former Olympic rower, representing Italy at the 1988 and 1992 Olympics. He has been involved in a total of seven Olympic Games, as an athlete and a coach. He previously coached in Italy, Australia and the Netherlands before coming on board with the Irish team.

Be happy but not satisfied...yet

Dominic coached the lightweight men’s double for the Rio Olympics on the afternoons after his day job. He was appointed Lightweight men’s and women’s coach by Rowing Ireland in December 2016. Dominic has overseen a golden era in Lightweight rowing since then, where multiple medals have been won at World Championships, World Cups and European Championships. Dominic was awarded FISA Coach of the year in 2018 to acknowledge his accomplishments and mark the success of Irish Rowing. In a previous life, Dominic rowed with Skibbereen Rowing Club where he won many Irish Championships in his favourite boats the single and double scull. Dominic also led Skibbereen Rowing Club for many years and built many good crews in that time to put Skibbereen with the highest number of Irish Rowing Championships in Ireland.

Did you understand me ?

Fran was appointed as High Performance Operations Manager and Pathway Coordinator in 2019 having previously worked with many successful junior international teams since 2009, holding the position of Lead Junior Coach since 2017. Fran is responsible for leading the U23 and Junior teams as Head Coach while also assisting with the coaching of the senior athletes based at the NRC. Fran also fills the role of HP Operations Manager, which involves logistical support and planning as well as team manager duties for the High Performance team for trials, camps and international events. Previous to this, Fran was teaching in Presentation Brothers College, where he also held the role of Head Rowing Coach, overseeing the development of the schools rowing programme.

The RTE weather forecast after the 9 o'clock news!

Giuseppe has been a rower since a young age; he rowed for Italy from 1998 to 2013, representing Italy in two Olympics - Athens 2004 and Beijing 2008. He coached UCD ladies and mens boat club from 2014 to 2018, when the club won medals and "pots" at national as well as international regattas. Since 2018 Giuseppe has been helping the development of HP Irish athletes, with a focus on the Sweep Senior Women Olympic team.

Saturday's Pizza with Friends ... Arancini as starter, finishing with a Limoncello! but I cannot really say that I feel too guilty about it.

Michael graduated from Waterford Institute of Technology in 2017 with a degree in Recreation and Sport Management before securing a Masters from LIT in Strength and Conditioning, Sport and Exercise. He joined Rowing Ireland in 2019 as the Aspire Graduate with the Sport Ireland Programme and was promoted to his current role in February of 2022. Throughout his time with Rowing Ireland he has worked as administrator, strength and conditioning and team manager for the Senior, U23 and Junior rowers and was part of the highly successful Tokyo Olympics team.