Ronan Byrne and Phillip Doyle return to the water after their fourth place finish in the Men’s Double Sculls on Friday as they face crews from Czech Republic, Lithuania and Germany in the Repechange at 1:10 (IST). A 1-3 place in this race will gain the double a place in the A/B Semi-final on Sunday.

Monika Dukarska and Aileen Crowley compete in the Women’s Pair heat three against rowers from Denmark, New Zealand, and Spain. The pair will race at 01:40 (IST). A 1-3 place in this race will gain the double a place in the A/B Semi-final on Tuesday.

The duo qualified for the Women’s Pair at the 2019 World Rowing Championships in Linz and won silver in the W2- in the Rowing World Cup 2021.

Aileen, who is a native of Killorgan, Co. Kerry, began rowing in 2010 and is a member of Old Collegians Boat Club. The 26-year-old had been rowing with the W4 crew but made the successful switch to the W2- not long before the World Rowing Championships.

Monika, also of Killorglin, County Kerry but by way of Poznan, has been rowing for 13 years and is a member of Killorglin Rowing Club, while also currently studying for her PhD in Education, having previously achieved a Masters in Innovation and Design.

In the Lightweight Women’s Double Sculls, Aoife Casey and Margaret Cremen face rowers from Italy, France, Switzerland, USA and Indonesia as they compete in heat 1 at 02:20 (IST). A 1-2 finish in this race will see the pair secure a place in the A/B Semi-final on Tuesday.

Qualification was secured by the duo after they finished third in their final behind the USA and Switzerland at the World Rowing Final Olympic Qualification Regatta in Lucerne earlier this year. Aoife and Margaret also won silver at the 2020 European U23 Championships in Duisburg, in the Lightweight Women’s Sculls.

A member of UCC Rowing Club, Margaret hails from Rochestown, County Cork, and has been rowing since 2014. Her highlights of rowing are representing Ireland at international competitions and competing at the Irish Rowing Championships with her club.

Like her partner, Aoife is also a member of UCC Rowing Club and the 22-year-old started rowing in her hometown of Skibbereen in 2009. Currently studying Medical and Health Sciences at UCC, Aoife’s highlights include finishing 4th in the Lightweight Double at the 2019 Under 23 World Rowing Championships.

The Lightweight Men’s Double Sculls is next on Saturday’s agenda, as Paul O’Donovan and Fintan McCarthy compete at 03:00 IST in heat 2 against rowers from Czech Republic, India, Ukraine, Poland and Uruguay. A 1-2 finish in this race will see the pair secure a place in the A/B Semi-final on Tuesday.

A decorated duo, Fintan and Paul have dominated the field this year winning gold at the 2021 European Rowing Championships in Varese as well as the 2021 Rowing World Cup II, in the Lightweight Men’s Double Sculls, held in Lucerne, Switzerland.

One of Ireland’s greatest athletes, Paul won the silver medal, alongside his brother Gary, at the 2016 Olympics in Rio and has since won four consecutive gold medals at the World Rowing Championships; in the Lightweight Single Scull in 2016 and 2017, and in 2018 and 2019 in the Lightweight Double with Gary (2018) and Fintan McCarthy (2019).

The Skibbereen native, who has been rowing since 2001 also won gold at the 2017 European Championships in the Lightweight Double alongside his brother Gary.

Fintan, who also hails from Skibbereen, won his first title in 2016 and made the European Championship final in 2019 with his brother Jake. The 24-year-old also won the bronze medal in the Lightweight Men’s Single Scull at the European Rowing Championships in Poznan

At 03:30 (IST) comes the Women’s Four which will see Aifric Keogh, Eimear Lambe, Fiona Murtagh and Emily Hegarty represent Ireland in heat 2 against rowers from Romania, Australia, Denmark and USA. The crew qualified for the W4- at the Final Olympic Qualification Regatta in Lucerne, and a 1-2 finish will see them reach the A Final on Wednesday.

Aifric, a native of Na Forbacha, Galway, is the most experienced of the crew and began rowing in 2006. The 28-year-old has been a member of the High-Performance team for several years. 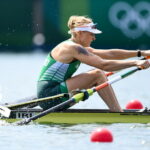 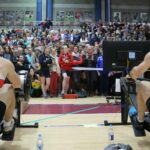