Rowing Ireland received an increase from €620,000 to €1,093,333 which represents an overall increase of 75% in funding for the year. As a result of the Tokyo review, Rowing Ireland will use this model to grow its programme and models, to continue on its trajectory toward the Paris 2024 games.

Following the announcement, Rowing Ireland’s HP Director Antonio Maurogiovanni said, “This significant increase in funding from Sport Ireland will add value to the overall resources of Rowing Ireland’s programme with a view of ensuring positive outcomes for the next Olympic campaign in 2024 and beyond. This extra funding is a result of the hard work done by athletes, coaches, and management in the last five years. Now is the time to put the medals into the draw and go back to what has made the Rowing Program a successful Olympic Sport, implementing the necessary and identified strategies.”

Rowing Ireland is based at the National Rowing Centre in Farran Woods, just outside Cork city near Ballincollig, and runs a High-Performance centre at this venue where the athletes are located and train for their Olympic journey.

The programme has grown in several years with the organisation focusing on a clear pathway from Rowing Irelands, Get Going…Get Rowing programme to it’s affiliated clubs and from there to a succinct High-Performance pathway at Junior and U23 levels.

The Chair of the HP Committee Garth Young commented, “As the NGB of a minority sport, Rowing Ireland relies on the support of Sport Ireland to implement a world-class high-performance strategy. The success of our athletes at the World Championship and Olympic level, which brings attention to sport on the island of Ireland simply wouldn’t be possible without the strong partnership and support of Sport Ireland.”

Today the review of Tokyo was also launched and welcomed by Rowing Ireland. The review clearly identified the success of the programme which led to rowing becoming one of Ireland’s top sports with a medal haul of four bronze medals and two gold medals for the team as well notable results among other crews that will continue on the journey for Paris.

Chairman of the committee for the Tokyo cycle, Neville Maxwell commented, “The Tokyo Olympic cycle was one of the most unprecedented Olympic cycles for many of us. How Sport Ireland worked with the Rowing Ireland HP pathway programme was a positive one and allowed us to prepare our largest ever Olympic team with six crews from our male and female squads. The success we achieved from Junior to Olympic level by our athletes, coaches, and support staff was facilitated by this strong working partnership and we all look forward to continuing this into Paris and beyond”.

CEO of Rowing Ireland Michelle Carpenter added, “We would like to very much thank Sport Ireland for their continued commitment to Rowing in Ireland on all facets of our journey. We have worked hand in hand with Sport Ireland to ensure that we are resourced and supported for the upcoming Olympic cycle and have reflected on what we need to do differently from our journey to Tokyo. We welcome the Tokyo review and in particular the acknowledgement of the resources needed to run our HP programme. We will continue to work with the team in Sport Ireland and the Irish Sports Institute, together with our partnerships with Sport NI and Irish Universities along with our loyal sponsors, as we head into a very short but very exciting cycle for Paris. We will ensure that our sport is resourced and in the best place both on and off the water to achieve all that we have set out to do.” 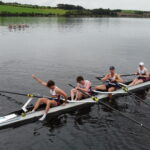 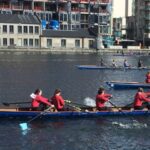 Wonderful weekend of rowing at the Grand Canal Basin