The picturesque harbour of Schull in beautiful West Cork was the setting this past weekend for the
hosting of the Rowing Ireland Irish Coastal Rowing Championships hosted by the South West Coast
Yawl Rowing Association. The event saw close to 300 of the best coastal rowing crews in Ireland
travel to Cork to take part.

Rowing commenced early on Saturday morning with a busy schedule of 31 races featuring a mix of
the Coastal four boats and the more traditional boats such as the Kerry 4 Oars, the Slaney Cotts,
Timber Yawl and the East Coast Skiffs. There were some exceptionally close races on Saturday and
some notable results with the Masters Women being won by a composite crew of Rushbrooke /
Passage West and Whitegate and the Masters Men being won by a composite crew of Whitegate /
Rushbrooke. In the Pre-Veteran Men it was the crew from Wicklow who took gold and in the Pre-
Veteran Women it was Galley Flash who were victorious. Ring took the Senior Mixed and followed
this up with gold again in the U18. Next up was the U12 Women and it was Whitegate who took
gold from Rosscarbery in second and a dead heat for third between Kilmacsimon and Galley Flash.
In the afternoon we saw the traditional boats take centre stage. Myross took home the gold in the
Open Classic Men and Castletownbere took home the women’s title. On Saturday we were
honoured to have Councillor Danny Collins Mayor of the County of Cork in attendance and he made
a number of presentations of the medals and trophies to the winning crews.

As the sun rose on the Sunday the venue looked absolutely splendid and it was a fitting start to what
was one of the finest days rowing seen in recent times. First out on the course were the U21 Men
and following a great battle it was the crew from Ring who took gold. In the Traditional U18 and
U14 it was Callinafercy who powered home for Gold and in the Traditional U16 women the gold
went to Portmagee. Passage West took home the Veteran Men trophy and Whitegate took the
Veteran Women. Next up were the U12’s and this went to Galley Flash and the U16 went to
Whitegate followed by the U14 Women which was won by Rosscarbery. In the Pre-Veteran Mixed
there was a titanic battle between Courtmacsherry, Galley Flash and Kilmacsimon and it was the
crew from Courtmacsherry who made the line first to take home Gold. The Masters Mixed title was
won by Edermine / St. Kearns, retaining their title from 12 months ago. In the Junior Women
Whitegate took Gold as did Rosscarbery in the Men’s. In the Intermediate Men it was Kilmacsimon
who were victorious and in the Women’s, Whitegate secured a first-place finish.

The final two races of the Championships were the Senior Women and Senior Men, and following an
outstanding display of rowing it was Passage West of Cork who made history taking home both
titles.

Commenting in sun baked Schull, Stephen O’Leary, Chair of the South West Coastal Yawl Rowing
Association (event host), “We are absolutely delighted with the way this event has tuned out. The
support we have received from the local community and the coastal rowing clubs has been excellent
and we are delighted with the feedback received to date. We would like to thank everyone who
supported the event and especially our event main sponsor the Celtic Ross Hotel.”

Ted Mc Sweeney, Chair of the Coastal Championships Committee, thanked all those who made the
event possible and congratulated all of the crews on their successes over the course of the weekend.

Rowing Ireland Coastal Regatta Director Shane Russell said: “What a fantastic weekend we have had
in Schull this weekend. I would like to thank the SWCYRA (hosts) and all of the Rowing Ireland
Coastal Championship committee who put in trojan work in the lead up and during the event. A
huge thanks to the large number of volunteers who make the event possible be it medical, safety
boats, stewarding, boat drivers, landowners, local Gardai and Cork County Council. The welcome we
have received from the community in Schull has been overwhelming and will be remembered for a
long time to come.” 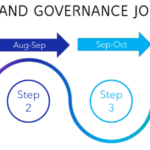 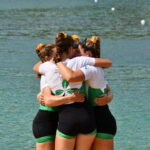