Rowing Ireland would like to congratulate Sanita Puspure and Claire Lambe on their nominations for the OFI Athletes’ Commission.

Claire and Sanita have both represented Ireland in Rowing at the Olympics. Claire competed in the Lightweight Women’s Double Sculls at the 2016 Olympics in Rio. Sanita competed at the 2012, 2016 and 2020 Olympics in the Women’s Single Sculls.

The recruitment process opened for the 2022-2024 term before Christmas and Olympians from any of the last four Olympic cycles, winter, or summer, were invited to apply for a position on the commission that acts as the athlete’s voice for Irish Olympic athletes.  Voting opened on 11th of January and will close at 1pm on the 16th of January 2022.

Seven people will be elected from the list of candidates, with Shane O’Connor deemed selected to the Athletes’ Commission, being an automatic selection as the sole nomination from the winter sports.

Both genders will be represented in line with the OFI’s gender balance policy of 40%.

The successful members will be elected to the OFI Athletes’ Commission and will remain in office until late 2024. 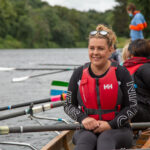 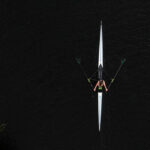