St Michael’s Rowing Club held their annual Head of the River this past Saturday October 9th at O’Briensbridge, County Clare. Rowers descended early on the regatta field to a foggy and misty morning which was just a soft beginning to what turned out to be a stunning day of warm sunshine and flat, calm conditions on the water.

There was a fantastic atmosphere throughout the day, with a strong showing of volunteers from St Michael’s Rowing Club ensuring smooth running of the day. Some clubs had brought crews for their first racing action and coaches and rowers alike enjoyed the high quality racing experience which included a live timing system that everyone could access from their phones.

Some particularly competitive and closely fought events included Junior 8s and Junior 4x in male and female categories. Standout performances included Keating from Shannon Rowing Club in the Women’s Junior 1x category which she won the pennant for; and Men’s Junior 4x which was won by hosting club St Michael’s Rowing Club. It was fantastic to see lots of Octuple boats heading out full of young rowers keen to do their first head of the river.

Many thanks to the committee organisers, local residents of O’Briensbridge, local Gardaí and neighbouring club Castleconnell Rowing Club for ensuring a safe and enjoyable event.

Photographs of the day can be found on the St Michael’s Rowing Club facebook and instagram accounts, and a small selection on the Rowing Ireland Facebook page.

Full results can be found at the Raceclocker website https://raceclocker.com/03f05977

Upcoming events include Kenmare Offshore Regatta this weekend October 16th and Castleconnell Head of the River on October 23rd. 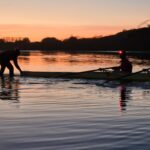 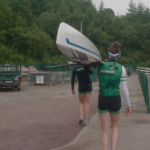