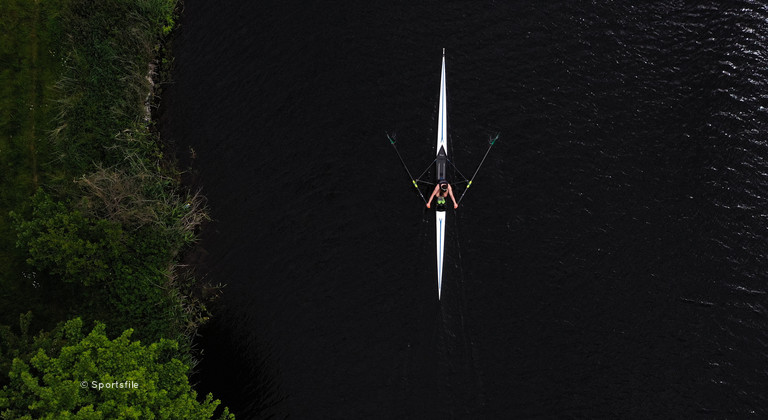 The event was organised by St Michael’s Fundraising Committee and Masters Squad who recruited junior, senior, recreational and master’s crews to complete the 42km Marathon each or in relay teams by erg, running, hiking and cycling. There was even a 1km open water swim in Limerick city centre when committee member and recreational rower Andrew O’Connell took to the River Shannon for an open water 1km swim in the sunshine.

Over 80 members took part in the Marathon Weekend on April 24th and 25th and the total distance completed was a staggering 3,170,484 meters. All of the participants completed the events from home and in-line with government guidelines on social distancing.

Club Captain and Masters Rower Mike McDonagh was very proud of the response from the rowers – “Lockdown has been very difficult for everyone, especially our younger crews who would be at the start of their racing season right about now. It was great to see everyone taking part and what better way to mark our return to training on the river this week. We’re hoping to get some racing over the next few months”.

St Michael’s have always played an active part in community with fundraising events for Novas, Limerick Suicide Watch, who are their charity partners for the annual SMRC Urban Run, the Great Limerick Clean Up and Shane Ryan’s Guidedogs for the Blind some of the recent events supported. Initially a target of €2,000 to be raised for Pieta House but thanks to overwhelming support from members all around the world and the public, including donations from local Limerick businesses Redfaire, The Commercial Bar and Bowe Dental, the total raised stands at €7,450.

Event organiser Brian Mc Inerney was delighted that the €7,000 mark was surpassed – “St Michael’s has always had fantastic member base and it was brilliant to see both the meters and euros being clocked up over the weekend. We’re delighted that we were able to support Pieta House in the work that they do. We want to thank everyone who took part and to congratulation Chris Kirwan on her Irish record. It was a great boost to the event and everyone taking part when we got confirmation of her record”.

Chris, who has represented Ireland on 3 occasions at the Home International and Coupe de la Jeunesse, set out to break the record on Saturday morning. Fatigue was starting to kick in during the last 10 kms but her at home supporters, dad Joe and brother Jack, pushed her on and had to resort to throwing cold water on her to help keep the temperature down on a scorching sunny Saturday. Chris finished the 42km distance in an Irish Record time of 2 Hours 55 Minutes and 12 seconds beating the record previously set by Katie Showlow of Bann Rowing Club.

The total metres for the weekend’s efforts were added to Get Going Get Rowing and Rowing Ireland’s ROWKYO challenge to cover 23 million metres in 90 days.

A fantastic weekend for St Michael’s in their event, raising such a big donation for Pieta House. Congratulations to everyone involved and Well Rowed St Michael’s! 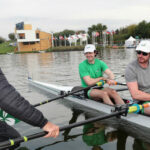 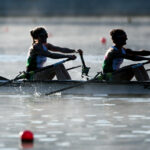