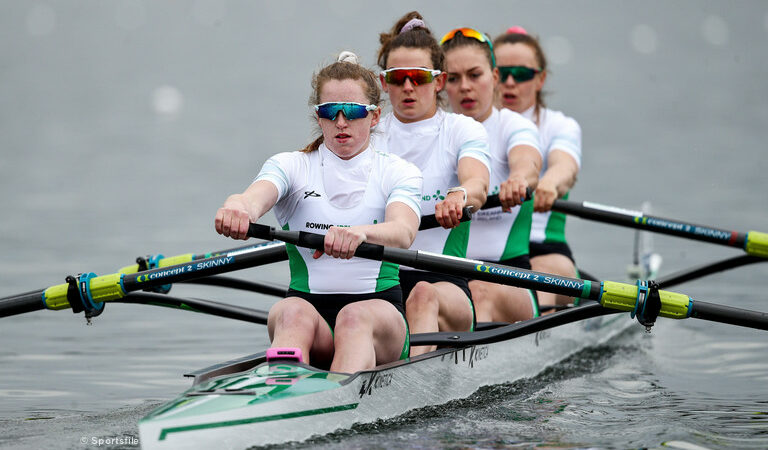 Due to poor weather conditions that are forecasted for Monday, World Rowing made the decision to move the Finals to Sunday morning.

The Women’s Four on their Heat and qualified directly to the Final. The M1x and LW2x will compete in the A/B Semi-Finals early Sunday morning with a view of progressing to the Finals later in the morning.

The Women’s Four of Emily Hegarty, Eimear Lambe, Aifric Keogh and Fiona Murtagh won their Heat with the quickest qualifying time in the Women’s Four category across the two heats. The Irish crew beat crews from Russia, Ukraine, and Germany. Emily, Eimear, Aifric and Fiona finished with a time of 06:29.22 and progressed straight to the A Final on Sunday where the top two crews will qualify for the Tokyo Olympics.

Daire went on to win his Repechage and booked his place in the A/B Semi-Final for Sunday morning. Daire finished the race with a time of 06:59.99 beating out the crews from Spain, Cuba and Moldova. Daire will need a top-three finish to qualify for the Final. There are two qualifying spots available in the Men’s Single Scull Final for the Olympics.

The Lightweight Women’s Double of Aoife Casey and Margaret Cremen won in their Heat. They beat crews from Australia, Spain, Brazil and Hungary. Aoife and Margaret finished with a time of 07:09:29 and progressed to the A/B Semi-Final on Sunday morning where the top three crews will enter the Final later in the morning. There are three qualifying spots available in the Lightweight Women’s Double Final for the Tokyo Olympics. 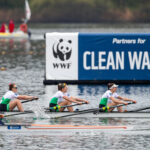 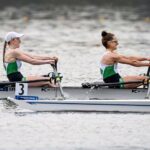