In the Marina in Cork, it was also sunny, calm and cold. The 4km course brought crews along the Marina, with spectators and public enjoying the rowing along the Marina greenway down to Blackrock Castle. Almost 200 crews competed on the day and results are available on the Rowing Ireland website in the events section linked HERE

Photos of Cork HOR, taken by John O Shaughnessy are available on his facebook page 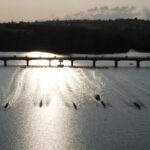 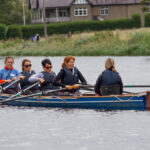 Women on the Water - Dublin & Limerick