This year, the International Mixed Ability Rugby Tournament was held in Cork from the 5th until the 10th of June. The event featured 28 teams from 14 different countries. With the main focus being on the rugby tournament, other sporting events were held throughout the week, including boxing, floor curling, soccer and rowing. This year, on day four of the event, a mixed ability regatta was held in the Marina.

Three international clubs participated in the regatta: Bradford Rowing Club and Stratford upon Avon Boat Club from England and Armida Rowing Club from Turin, Italy. The team leaders of the respective clubs, Celia Hickson, Mark Dewdney and Cristina Ansaldi, have put in trojan work promoting and enabling para and mixed ability rowing in their home clubs and wider community.

Due to challenging conditions with strong wind, the racing was moved from Shandon Boat Club down to Lee Rowing Club’s slip. Even with the tough conditions all crews were able to get out and race in sculls, doubles and coxed quads. The Italian rowers from Armida Rowing Club had a busy week as they were all involved in the rugby tournament, taking the regatta as break between matches! Team GB Paralympic Champion, Ellen Buttrick, was also in attendance. Ellen won the PR3 Mix4+ at the World Rowing Champs in 2018 and 2019, and topped it off with the gold medal at the Tokyo 2020 Paralympics in the same boat class.

A huge thank you to Cork Regatta Committee for facilitating the event, Shandon Boat Club for supplying the equipment and all the IMART volunteers and participants for a great afternoon of racing! 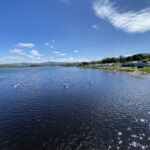 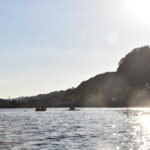