Progress towards Gender Balance on Boards

In line with its Policy on Women in Sport, Sport Ireland is committed to publishing a biannual snapshot of female representation on the boards of funded National Governing Bodies of Sport.

Rowing Ireland is one of the 32 NGBs in Ireland that have obtained a minimum of 30% females on our board.

Leadership and Governance is one of the four key strategic areas on which the Sport Ireland Policy on Women in Sport is built, along with Coaching & Officiating, Visibility and Active Participation. In this regard, a key objective of the Leadership and Governance target area is to progress towards greater gender balance in board membership of funded bodies. The second objective is to provide a pathway for women aspiring to become leaders of funded bodies.

The first update, published in March 2020, showed that females make up an average of 29% of boards across funded National Governing Bodies. This was an increase from 24% at when the Sport Ireland Policy on Women in Sport was published in 2019. The second snapshot published today shows that this figure has remained consistent; females currently account for 29% of board members. As we start to look at female representation across all funded bodies, figures from the Federation of Irish Sport, Olympic Federation of Ireland and Paralympics Ireland have been included in this update.

Commenting on the publication of the statistics, Chair of Sport Ireland’s Women in Sport Steering Committee, Lynne Cantwell, said: “The overall representation of females on boards across the sector has remained consistent this year, however there have been a number of notable developments. Most recently, the Olympic Federation of Ireland has achieved gender balance on its board following its recent AGM. Sport Ireland is also seeing strong uptake from females across the range of service offered to both board members and staff among funded organisations. In particular, the Level 9 Certificate in Governance has been an excellent addition to the offering. The Women in Sport Steering group will continue to work with all stakeholders to support the increase in female representation at board level.

Sport Ireland Director of Participation and Ethics, Dr Una May, commented: “As part of Sport Ireland’s responsibilities under the National Sport Policy, we are monitoring progress and providing periodical public updates on the progress of our funded bodies towards gender diversity, in particular the make-up of boards. The launch this week of a new board recruitment service by the Federation of Irish Sport, with support from Sport Ireland, for National Governing Bodies and Local Sports Partnerships is a timely development. This is a positive for both potential board members, who will have the opportunity to put themselves forward for arising vacancies, and organisations, that will have a list of suitably qualified candidates to select from. Sport Ireland will continue to provide training and development opportunities for women as part of our strategic vision of a sector operating to the highest standards of governance and accountability.

As well as acknowledging the board composition of funded bodies, Sport Ireland is also monitoring the proportion of women in leadership positions within funded bodies. At present, female CEOs represent 28% of the total CEOs in NGBs (including the Federation of Irish Sport, Olympic Federation and Paralympics Ireland). Ten NGBs also have female Presidents.

The information contained within this update has been provided by National Governing Bodies, Local Sports Partnerships and other funded bodies through the Core Grant Application process or via direct contact in November 2020. It is encouraging to note that 32 sporting bodies) have achieved a target of at least 30% females on their board. This is up from 24 NGBs in March of this year. While 13 NGBs still report 10% or less females on their boards, it’s positive to note that this has reduced from 20 NGBs in 2019.

The Local Sports Partnerships also paint a positive picture with an overall 37% females on boards. 19 LSP Boards have obtained a minimum standard of 30% while 10 LSPs are under that. It is very encouraging to note that the leadership of the LSPs shows a positive gender split with females making up 59% of Coordinator roles. Females also account for 21% of chairperson roles on LSP Boards.

NGBs who have obtained 30% females on their board:

NGBs who have yet to reach 30%

NGB’s with 10% or less females on their board 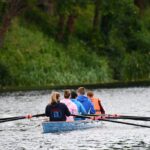 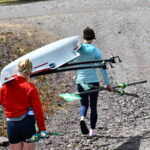