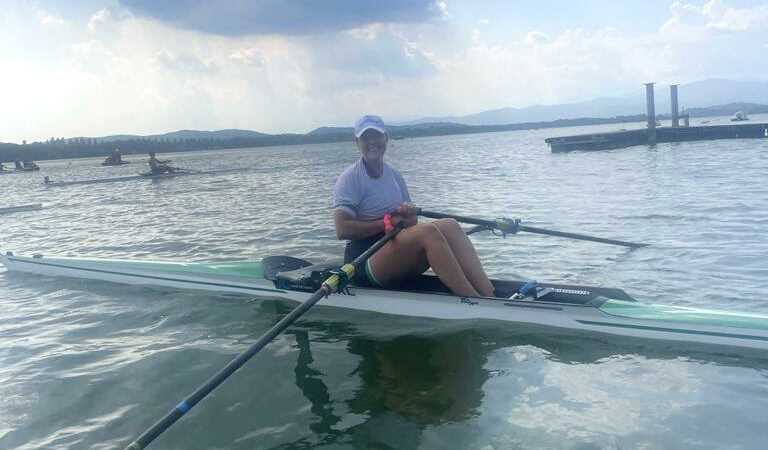 Four Irish crews have raced today; the Junior Men and Women’s doubles in their heats, and the U23 Men’s four and lightweight double in the Repechages.

The first race up was the JW2x of Holly Davis (Lee Valley RC) and Anna Keating (Shannon RC). The crew finished second with a fast time of 7:12.43, however, with only one crew to progress straight to the A/B Semi, they will have to race the Repechage tomorrow. The Greek double that beat the girls, qualified as the fastest boat from the heats.

The JM2x of Ciaran O’Sullivan (Lee RC) and Fergus Bryce (CGS), came third in their heat and qualified for the quarterfinal on Friday morning. The Irish crew were pushed by the Polish double from the start, exchanging second and third place positions through each 500m. The Polish crew were able to hold the Irish in the last sprint, finishing in second place, just .9 of a second ahead of Ciaran and Fergus. With four crews qualifying for the quarterfinal, there’s definitely more in the tank for the Irish boys.

John Kearney, Nathan Timoney, Adam Murphy and Andrew Sheehan raced the repechage of the BM4-, and are the first Irish crew to make an A Final so far this week. Coming across the line six seconds faster than the crew in third position, the Irish crew safely secured their top two finish, qualifying them for the A Final on Friday.

To round up today’s racing, the Queen’s University Belfast BLM2x, of Hugh Moore and Ciaran Purdy won their Repechage and have progressed into the A/B Semi tomorrow. Leading from the start, the crew came across the line in the fast time of 6:27.91.

Live commentary can be found on the World Rowing website HERE. 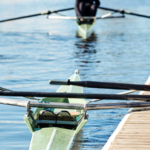 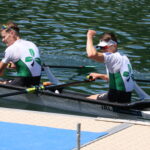