10th of July Regatta Round Up

500m Sprint races were held with over 119 multi lane events across J14, J15, J16 and Masters categories. Commercial Regatta was held at Islandbridge and saw the return of close racing in Dublin City, including almost 100 events across Junior, Novice, Club, Inter and Senior Categories. Photographs of racing at Castleconnell can be found on Castleconnell’s Facebook page.

At Skerries, crews completed a distance of 7km each way from Skerries to Loughshinny. A competitive edge was added to the challenge for the rowers as the distance was timed for each leg of the journey. Photographs of racing at Skerries can be found on Skerries Rowing Club Facebook page.

Offshore Rowing has been enjoying the return to rowing events, with Roscarberry Regatta, held at Drinagh Lake, starting the Offshore calendar. The focus now turns to Portmagee Sprints, which will be held at Ballinskelligs Beach on the 24th of July. This event is the first beach sprints qualifier event in Ireland for the World Rowing Beach Sprints championships which are in Oeiras, Portugal this September.

Upcoming Events include: the University Championships this weekend on Saturday 17th July, which will be held in Lough Rinn, Leitrim; and a Recreational Tour also on Saturday the 17th of July at Blessington, Wicklow.

If you have any event queries please contact either the regatta secretary in the first instance or events@rowingireland.ie. 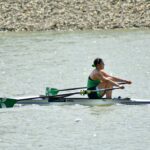 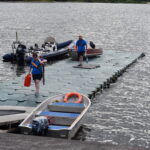