Seven Irish crews were competing in Day 1 at the 2020 European Rowing Championships. Four crews progressed to the A/B Semi-Final races on Saturday morning and three crews will race in the Repechage.

The W2- crew of Tara Hanlon and Emily Hegarty kicked off the Irish team’s racing this morning. The Irish pair were competing with crews from Russia, Italy, Greece and the Netherlands. The crew finished third with a time of 07:16.590. Tara and Emily will race in the Repechage.

Ronan Byrne and Daire Lynch competed in the Men’s double scull heat. The Irish crew competed against crews from Lithuania, Bulgaria, Slovakia, Finland and Serbia. Daire and Ronan finished second with a time of 06:22.020. Daire and Ronan have now progressed to the A/B Semi-Final on Saturday morning.

Lydia Heaphy raced in the Lightweight Women’s Single facing crews from Norway, Poland, Germany, Russia and Switzerland. Lydia finished sixth in her heat with a time of 08:01.550 and will race in the Repechage on Saturday morning.

Fintan McCarthy competed in the Lightweight Men’s Single, Fintan was competing with crews from Spain, Greece, Italy and Germany. Fintan finished third with a time of 07:05.980. Fintan moved into the Repechage later on Friday.

Fintan finished 1st in the Lightweight Men’s Repechage with a time of 07:07.35, Fintan will now compete in the A/B Semi-Final on Saturday.

The Women’s Four of Aifric Keogh, Eimear Lambe, Aileen Crowley and Fiona Murtagh competed in their heat alongside boats from Spain, France, Romania, Germany and Netherlands. The Irish Women’s Four finished second just behind the Netherlands crew with a time of 06:26.990. They will now race in the Repechage on Saturday morning.

Sanita Puspure raced in the Women’s Single Scull in Heat two. Sanita was competing against crews from the Netherlands, France, Serbia and Germany. Sanita finished second with a time of 07:35.510 and advanced to the A/B Semi-Finals on Saturday morning.

The Lightweight Women’s Double of Margaret Cremen and Aoife Casey finished 4th in their heat. They competed against crews from the Netherlands, Switzerland, Greece and Latvia and moved into the Repechage later on Friday.

Margaret and Aoife finished second in their Repechage with a time of 07:03.990. They will now compete in the A/B Semi-Final on Saturday.

All the races will be covered on Rowing Ireland’s Social Media Channels;

RTE will be covering the racing on the RTE Player on Sunday.

RTE will also be showing a highlight show on RTE2 on Sunday at 6:30 pm. 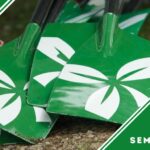 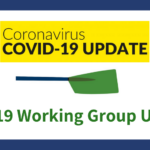