The regatta and the training camp prior to the regatta were a huge learning curve for the rowers and coaches. The crew got great satisfaction from Sunday’s final where again they came fourth but closed the gap significantly against third placed Italy. They also improved their time by 10 seconds on Saturday’s race to post a personal best for the crew. The winners of Sunday’s race were a composite crew made up of two world champions one each from the Netherlands and Australia. The opportunity to go head against seasoned world champions, was a fantastic experience which will definitely stand to Katie and Steven as they now anticipate further international competition over the coming months. 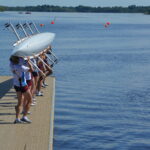 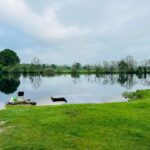 Weekend Round Up - 14th of May