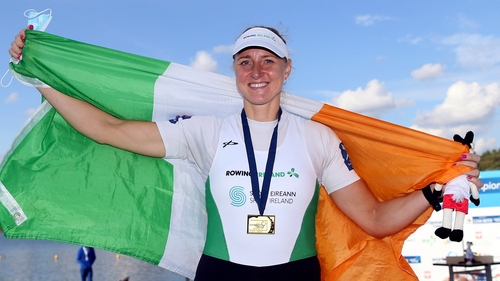 Rowing Ireland would like to congratulate Sanita Puspure on winning The Irish Times Sport Ireland Sportswoman Award for October 2020.

Sanita won the Gold Medal in Poznan last month at the 2020 European Rowing Championships, picking up where she left off in 2019.

Training and commitment were difficult during the early months of lockdown, and it was a testament to Sanita and the High-Performance team of Antonio and the coaches for support and that the programme continued under extenuating circumstances.

The results of Sanita together with the other crews at the European Junior, U23 and Senior Championships was the icing on the cake during such an arduous year. We are looking forward to supporting the whole team as we head into a brighter 2021.”

Rowing Ireland is delighted that Sanita has picked up this award after winning the Gold Medal last month in Poznan and we are all proud to have Sanita as a prominent role model in our sport and look forward to watching Sanita compete in 2021. 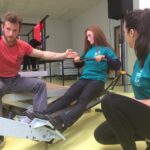 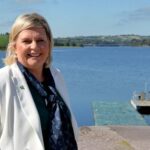