Rowing Ireland congratulate Alex Byrne on winning the Under 23 Men’s 2,000-meter race on Tuesday 23rd of February. Alex won the Gold Medal with a time of 5.55.3

Last week, Alex was on training camp with the Senior High-Performance Team in Varese, Italy and returned home on Sunday evening to prepare for the World Indoor Rowing Championships which took place on Tuesday.

Alex had a successful 2020 with breaking six minutes in the Irish Indoor Championships in UL in January finishing just behind his brother Ronan with a time of 5:58.9. Alex went on to compete at the Under 23 European Rowing Championships in Duisburg in the first International Rowing Competition of 2020. Alex was part of a Coxed Men’s Four alongside Ross Corrigan, Jack Dorney, John Kearney and Leah O’Regan (Cox). The Irish Crew finished third and took home the Bronze medal with only .64 of a second between them and second place.

World Indoor U23 Men’s Champion, Alex Byrne said, I’ve been planning on competing at the World Indoor Championship since Christmas and to win is a tremendous relief. I was wondering to myself how am I going to do it and prepare for it. I’ve been on training camp for the last three weeks, and the first two weeks were very intense, and I collected a lot of blisters on the hand, but at the end of the two weeks, you get used to it.

The training on the ergometer during the lockdown helped me feel way more prepared for the racing, so going into 2021, I thought that it was an excellent base, and I knew that it was going to work so that I would rinse and repeat”.

Niall has recently taken part in Rowing Ireland’s Row with the Pro’s, which is a complimentary service for Rowing Ireland’s members to train at home with Olympians, World Champions and High-Performance athletes. More information can be found: https://www.rowingireland.ie/row-with-the-pros-booking-sessions/ 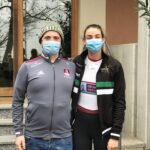 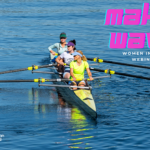